The cloudless night fell on the city and a creamy dusk. A few stars cast their faint glint on the large windows of the tiny boutique. She liked this time of the year. Cold would try to hunch the walkers, but they would stand upright for a few more days, enjoying the mulled wine and the pretty twinkling lights.

A creak. Another. Thankful for the warm air still trapped in the room, she closed her eyes. She could move her wrist.

People think that humanized objects are lifeless. Nothing is farther from the truth. It was once written that all manners of dolls, puppets, statues, and maybe even some fluffy toys can see, hear, and think. It was simply written long ago, and the walkers forgot.

She willed her elbows into motion, and they responded with metallic pleasure. About time to remove this black laced mask.

Season after season, the walkers would look at her with indifference or amazement, depending on the outfit she would wear that week. They would comment on the look, frown at the price, or adjust their hairdos by gazing at their own reflection. As if she could not see them. As if she could not see herself, frozen as she was in her inanimate beauty.

She changed her stance to another of her common poses. It was worth to take it slow.

Her previous owner knew this well, and some more. For many years he had studied the crumbling books. Filled with ancient scripts and tales of yore, these tomes were guardians to the powers of Leinth, the Etruscan goddess of transformation and death. His parting gift, her heirloom, was to teach her how to channel her life force when Leinth’s influence would be strongest.

She walked down the little stage and past the pine tree, making her way to the back room. There was the music player with her latest favorite melody. She had picked it up through the muffled headphones of a walker she liked. This one understood her beauty, and would always dress her in gorgeous clothes from her designer friends. Leinth too, favored creators. What luck that her previous owner worshipped the goddess! She would always honor his memory in silent prayer. But she would move in homage only once a year, every year.

It happened on the shortest of nights. On the winter solstice. 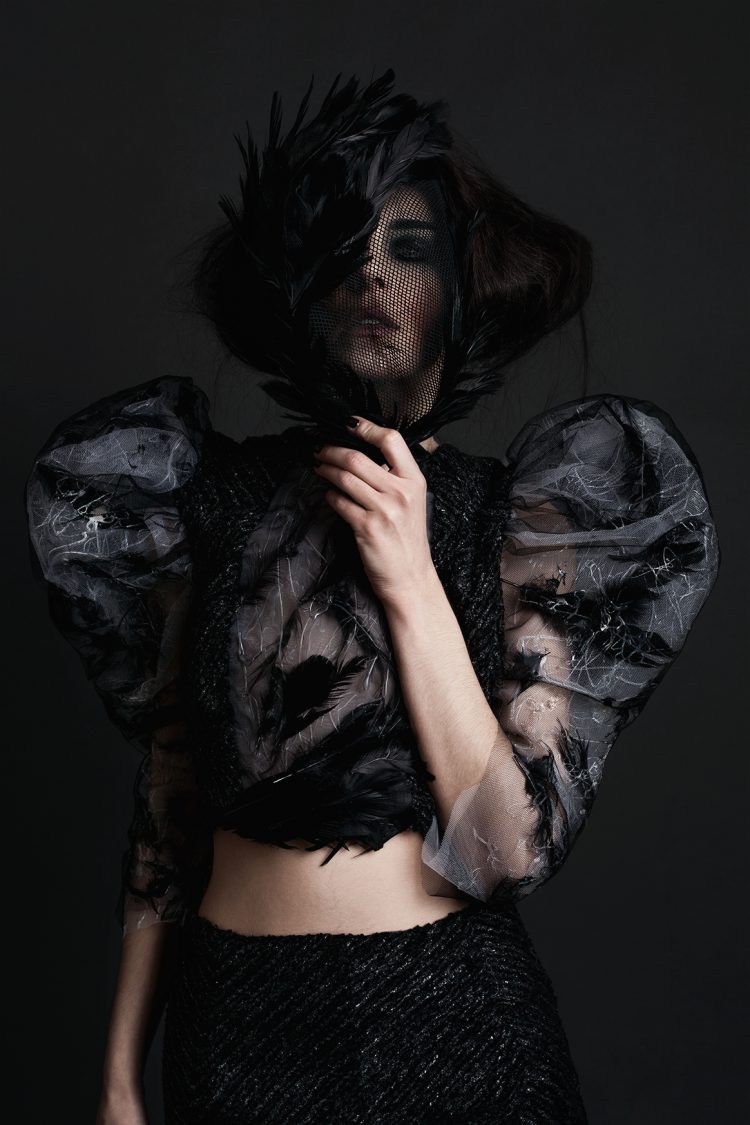 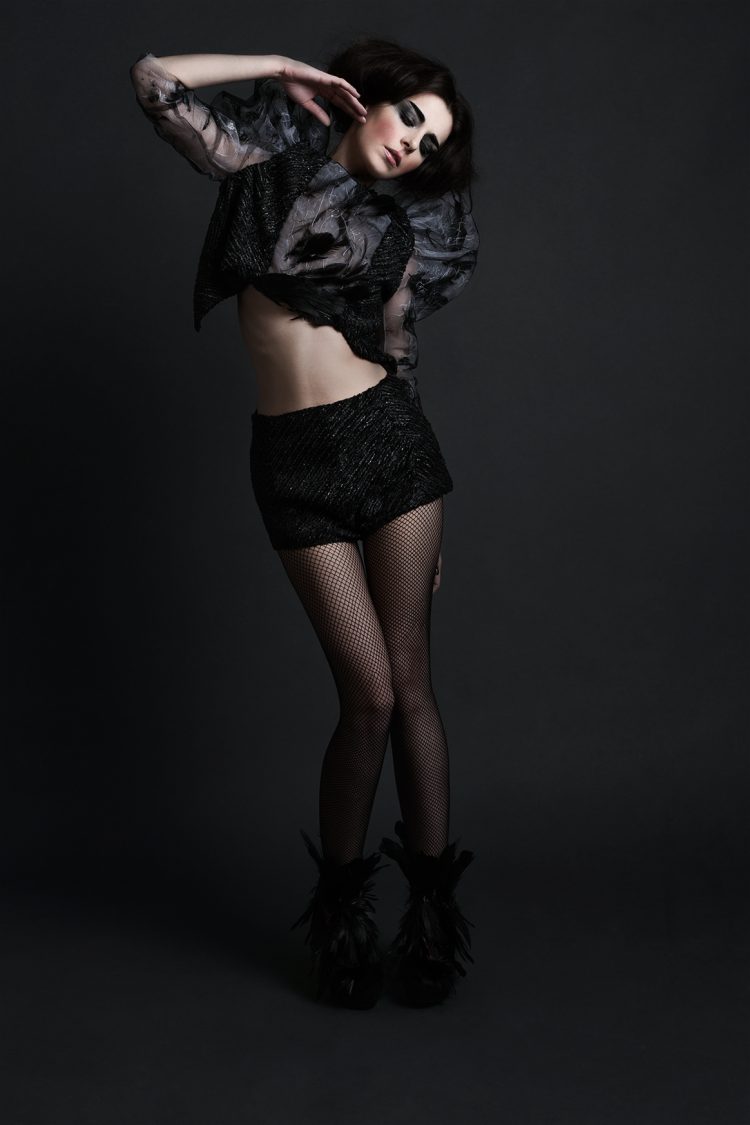 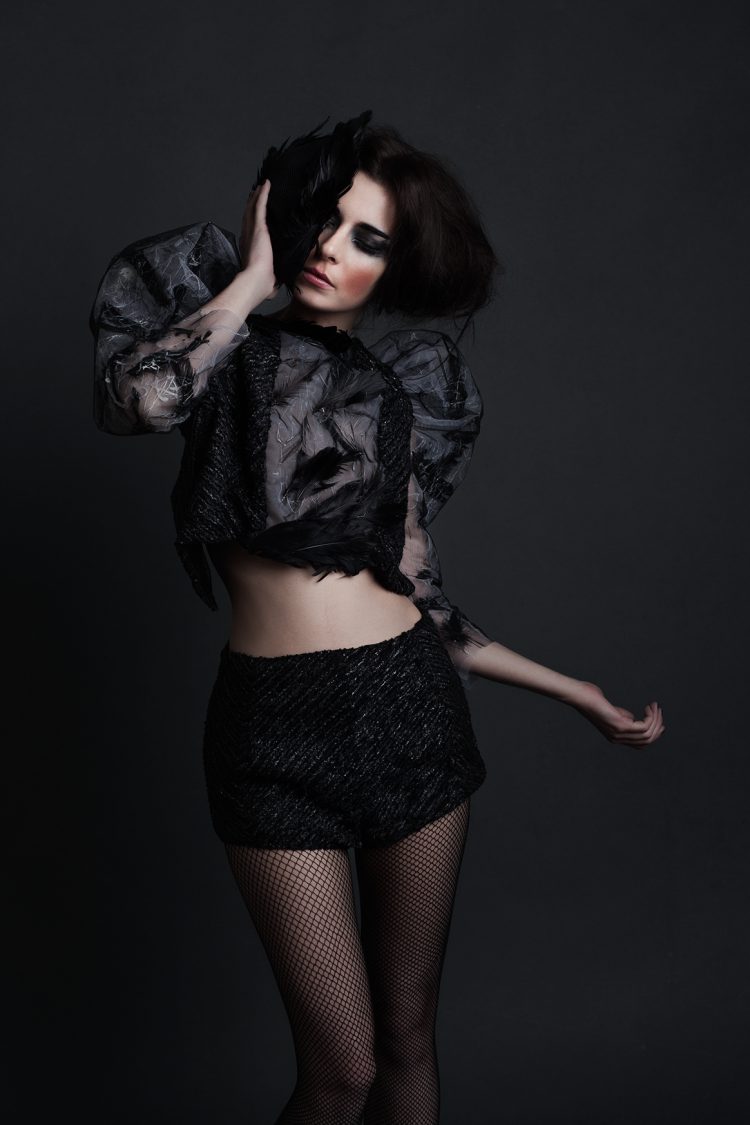 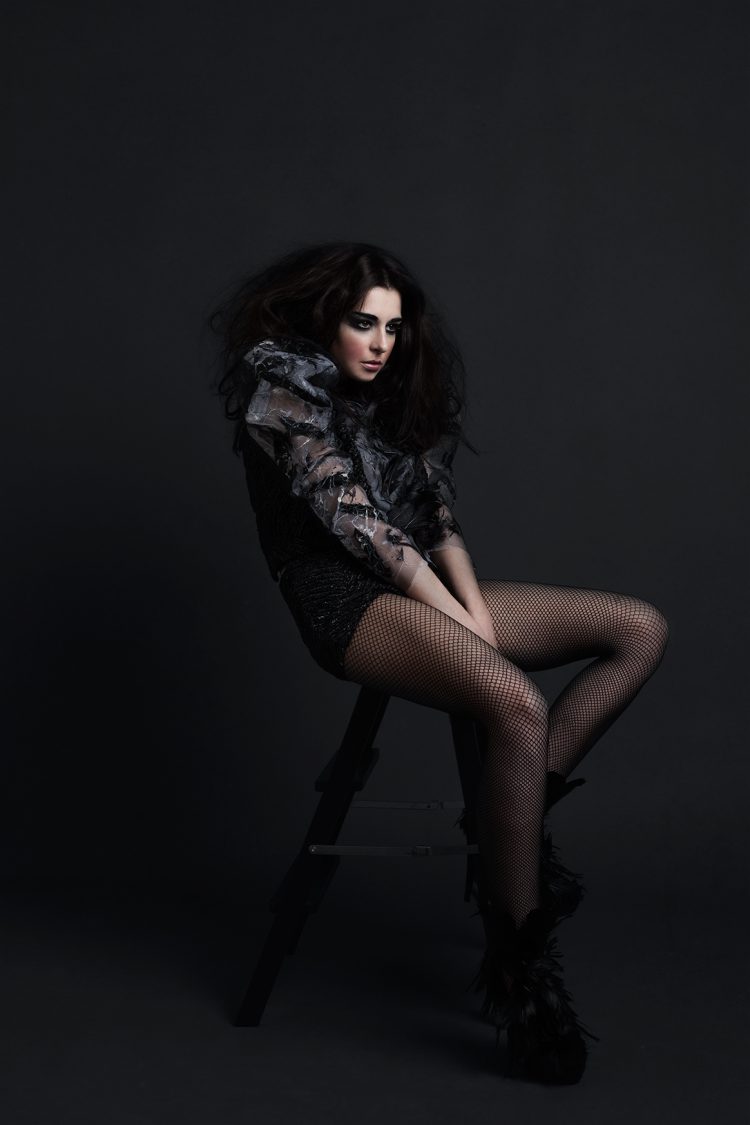 Winter solstice is a fashion story and team effort by

Lauranne De Jaegher is a Belgian fashion designer.
Among her accomplishments, she won the Designer’s Award
at Ethno Tendances 2014 & produced a chocolate dress
later bought by a celebrity actress. See more of her outfits in
our interview with Lauranne.

Winter Reflections is a soundtrack by Kevin MacLeod,
courtesy of the artist via Creative Commons license.

No mannequin was harmed during this production.

The enchantment has just begun. Continue the journey or book your own with Marta Hurtado Photography.

Magical white and sexy black for Chantelle and Passionata

We are a creative agency designing experiences, identities, and lasting memories. Find us in Brussels (Belgium), Nicosia (Cyprus), and on the web.

Tell us about your project, and we'll get back to you within 24 hours. To understand your needs better, please fill and join this client worksheet PDF with your request.